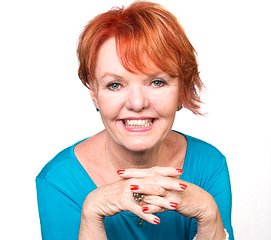 Susie Cox has been a professional astrologer since 1971, during which time she has interpreted over 50,000 individual charts. From 1981 to 2013 she was employed as an astrologer at the prestigious Canyon Ranch Health Spa. Susie began their Metaphysical Department in 1996 and was appointed Master Astrologer in 2006. Her clients include A-List celebrities, business leaders, Royalty and politicians from around the world. Susie is an accomplished speaker and is regularly invited to lecture at national and international astrology conferences. She also presents workshops in the USA and Europe.

Susie is a professor at Kepler College and teaches chart interpretation to the 3rd semester students. She is regarded as one of the world experts on chart interpretation.  Susie is a celebrated author of countless articles and astrology columns as well as a monthly newsletter. She is a also daily blogger. Susie has written four books, two of which were sold in 57 countries. The International Directory of Astrologers (IDA Directory 1992 and 1995), Susie’s Sun Signs (Sterling Publishers 2011) and Susie’s Love Signs (Kindle Amazon 2013).

She has a strong interest in media and is a frequent guest on radio and TV shows. She had a monthly TV show on ABC for 2 ½ years. Susie writes a monthly astrology column. “What’s Your Sign?” for well-known clothing designer Tory Burch. She has a strong social media presence and daily posts her Astro Word of the Day on her website as well as on Facebook.

Susie has been featured in the New York Times, People Magazine, Forbes and Washington Post. She has also been featured in shows for ABC, A&E, National Geographic and the History Channel. She is listed in Marqui’s Who’s Who in the World, James R. Lewis’ Encyclopedia of Astrology and Syndey Omarr’s The Astrology Hall of Fame.

Although she travels extensively, Susie was born in Tucson, Arizona, where she now lives. Susie’s boundless energy and enthusiasm as well as her positive outlook on life bring hope, joy and inspiration to her clients.